Spoiler alert: unfortunately, this post ends with me leaving the trail. Not permanently, I hope, but likely for the next month or so.

And, back to the narrative!

While in Idyllwild, Miguel and I visited the ranger station to inquire about snow levels on top of Mount San Jacinto, which we would be crossing the next day. “Fuller Ridge on the PCT is still impassable,” they told us, “but if you go over the top of the peak instead you’ll be fine.”

With plans to bag the peak, then, we left Idyllwild on April 19th.

Six hours in, we had traveled a whopping 6 miles. We were hiking in just the sort of area I love–tall pines, white rocks, and frequent gaps that displayed the Anza-Borrego desert sinking as we drew higher. But the elevation gain was killing us. 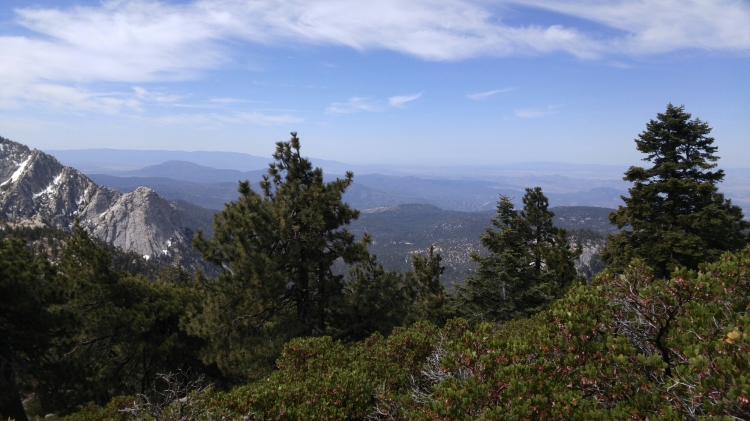 After about 3 miles, we paused for lunch where the Devils Slide Trail that we’d been on meets the PCT. There, we met Papa Buff again and told him what the rangers had said about the peak. He went on, and we followed much slower.

We turned, finally, from the PCT onto the trail that would take us over the peak. Within a quarter mile, we hit snow. It continued with minimal breaks for another half mile. We crunched on the footprints left by previous adventurers before I finally stopped. “I think I’m a bit outside my comfort zone on this,” I said. The trail was getting tough to follow, and I didn’t want to have to posthole my way up the mountain.

We agreed to turn around and try Fuller Ridge instead. As it turned out, though there was some snow there, it was still very passable. We got water from a freezing tributary of the San Jacinto River–much of it was still covered in ice–and continued on to find a campsite.

I really wanted to walk on and find a campsite further on Fuller Ridge, since we had just left the last water source for almost twenty miles. However, when we had passed the marked campsites and looked out on the trail ahead, I felt a bit like Aragorn when he’s thrust into leading the Fellowship: “Everything I do this day goes amiss.” It was clear there would be no campsites for miles, and the sun was setting. Miguel and I, exhausted, backtracked until we found an almost flat spot, set up our tents, and retreated into them without saying much. Our full day of walking had taken us approximately 10 trail miles. 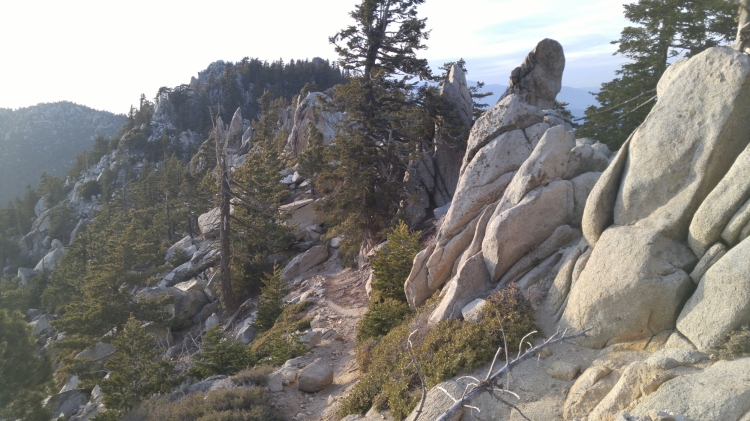 The next morning we were just about to leave when Papa Buff walked around the corner. “No way,” he said, stopping short and staring at us with a mixture of relief and awe. “You know,” he said, walking towards us, “I know you’re a Christian, and I just have to say, I was praying for you last night.”

After talking to us the day before, he had gone over the peak and found it fairly passable, until he began going down. On that 2-mile stretch, he fell several times, broke one of his trekking poles, and had to use his GPS to find the trail because the snow was so high. “So I was just praying that you wouldn’t be coming down too late,” he said. Prayer answered! We were also able to give him news about another group he had been praying for, who had planned to camp up there the night before. “No, they must have changed their mind because they’re camped just a quarter mile back,” we said. He had warned them of the snow ahead, and they had also decided to stay low.

With that news swapped, we started a very long decent down Mount San Jacinto. We dropped around 8,000 waterless feet in 17 miles. It’s the longest descent on the PCT, going from pines in snow drifts to desert cacti in a matter of hours. And about halfway down the mountain, my knee started hurting. 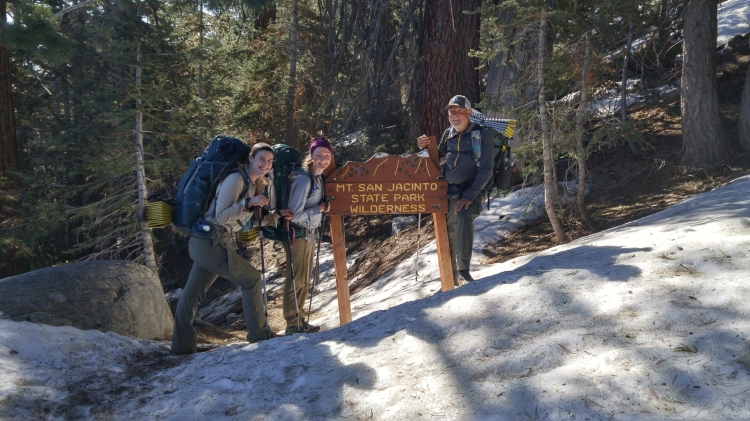 Having had knee problems since middle school, I’m a bit sensitive to pain in that area. I tried to ease the strain on them by using my trekking poles, but by the time I reached camp I was crying and limping. Of course, a lot of other people were, too, so I hoped it would go away overnight. I limped the entire 6 miles into town the next day.

I was ready to throw in the towel that evening, but thankfully I had friends who helped me choose more wisely. Scott and Sarah had rented a car in the next town, and drove two hours to pick me up and shuttle me around the next closure. We got to Big Bear around midnight, and they let me stay in their hotel along with Skippy. The next night, Papa Buff let me stay at his Air BNB, and I decided to wait a few more days to see what happened. However, after three additional nights at Papa Smurf and Mountain Mama’s (trail angels who are ridiculously generous and wonderful), I still couldn’t walk around the block with a fully loaded pack. I knew it was time to go home and rest it. 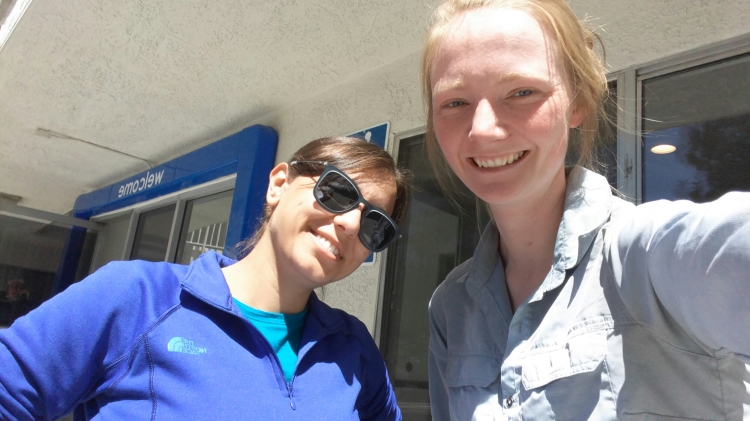 I got a bus to LA, stayed in the hostel that the latest season of American Horror Story is based on (I did NOT know that at time of booking), spent a day doing touristy things, and yesterday got aboard the Amtrak Coast Starlight train at 10:10. I’ll be in Salem in about an hour, where my wonderful mom will pick me up. Although I’ve mostly been able to make peace with leaving the trail over the past week, I think if I mope enough I might get an Olive Garden dinner out of this, so keep that on the down-low for now, okay? 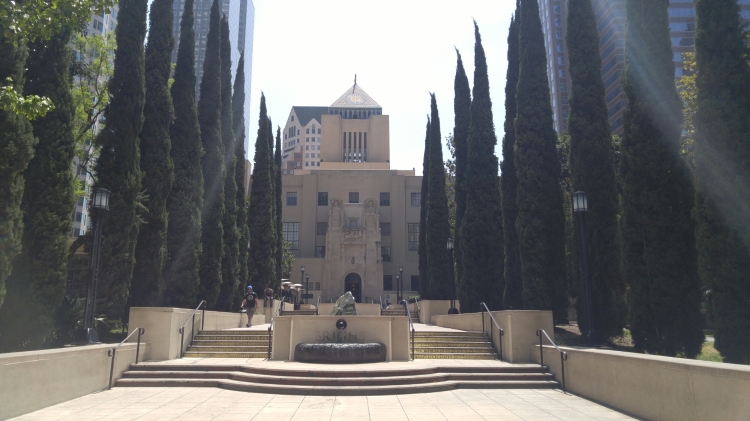 For now, thanks for reading my blog! I’ve been so blessed by all the supportive awesomeness my friends and family have surrounded me with. I trust God’s going to work this out better than my original thru-hiking plans, even though it kind of sucks at the moment. I’ll keep this blog updated on how it all works out. Hopefully, I’ll be rejoining the trail in northern California sometime in June!