While camped at the Mt. Aspiring Hut, we consulted a warden about trails nearby. She told us we basically had 2 options:

We chose the Cascade Saddle. We chose wrong.

She had told us it was probably an hour and 15 minutes to the top of the trail. I think we look like we’re in better shape than we actually are, though, because about 2.5 hours of struggling over tree-root ladders and rocks as high as my waist, we reached the first view point. It was about a 20-for break in the trees. We looked around, took some pictures on the ledge, and turned around. 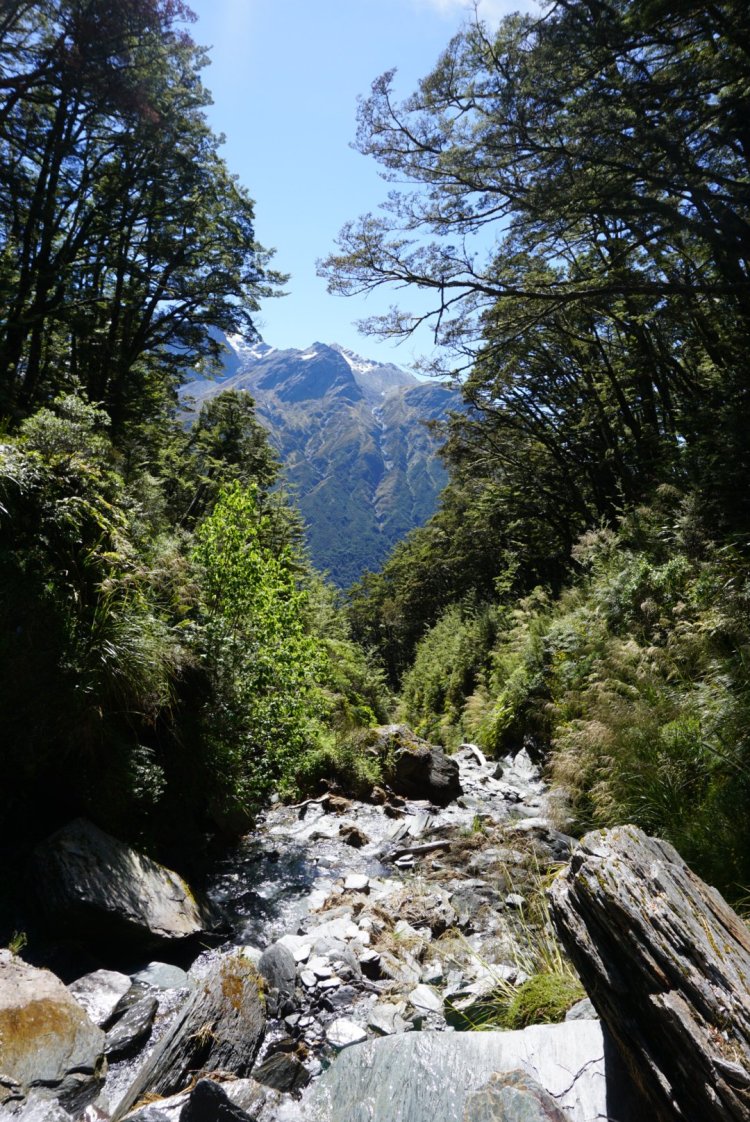 The way down took just as long, perhaps longer. I have to focus a lot when I go downhill owing to a weaker knee and a propensity to walk in an injury-inducing way if I don’t. So what we were expecting to be a 3 hour trip ended up being more like 5. On the plus side, the forest was really cool, and I felt a lot like I was waking through Fangorn, especially once the trail got tough and I was able to really feel the line, “What madness drove them there?”

We packed up our gear, hiked back to the van, and on the way out off there stopped at Wishbone Falls. There, we washed off some of the dirt and sweat before heading to our next adventure.

4 thoughts on “Cascade Saddle: I’m not a fan”