I’m gonna skip literally everything that happened with Olivia and I. We laughed, we drove, we ate ice cream, we occasionally broke the van…it was a good time. But, since my blog is now 3 weeks behind, I’m gonna make like a tardis and time travel to the much more recent past.

I spent 3 days hiking the Abel Tasman Coast Trail. It was gorgeous. Turquoise water that was warm enough to swim in, golden beaches covered in purple oyster shells, and green rainforests with not a terrible number of sand flies–how could it get more perfect?

Answer: by having a freaking pirate ship moored outside your tent on the second night. Okay, maybe they weren’t literal pirates, but it was a three-masted ship and they were just chilling there. Luckily, I just reread Treasure Island a few months ago to help me get in character for Halloween. Yes, I was the person tramping along the beach yelling, “By the powers, Jim lad!” and singing the Muppets classic, “sailing for adventure on the big blue wet thing.” Oregonians don’t get that chance too often, okay? 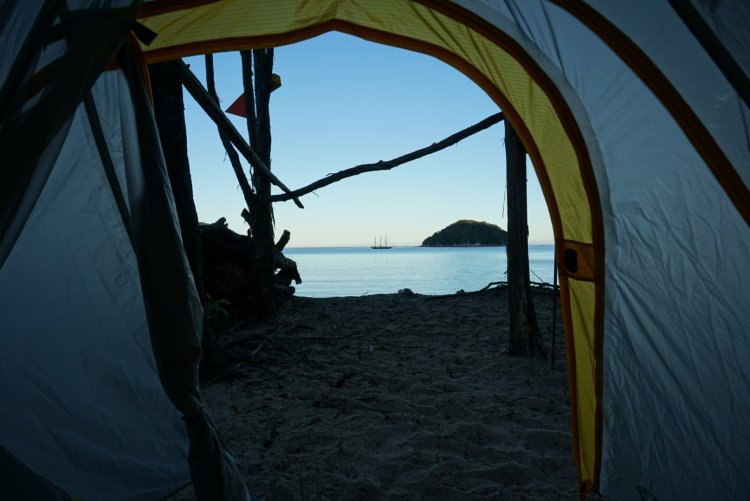 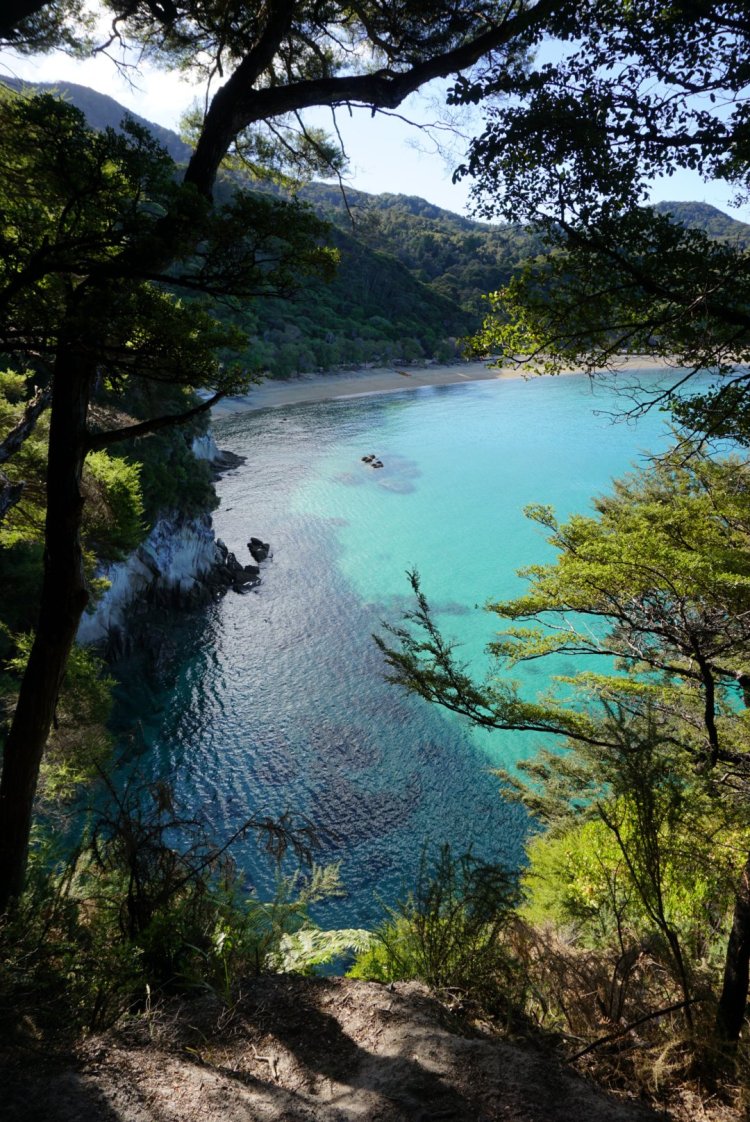 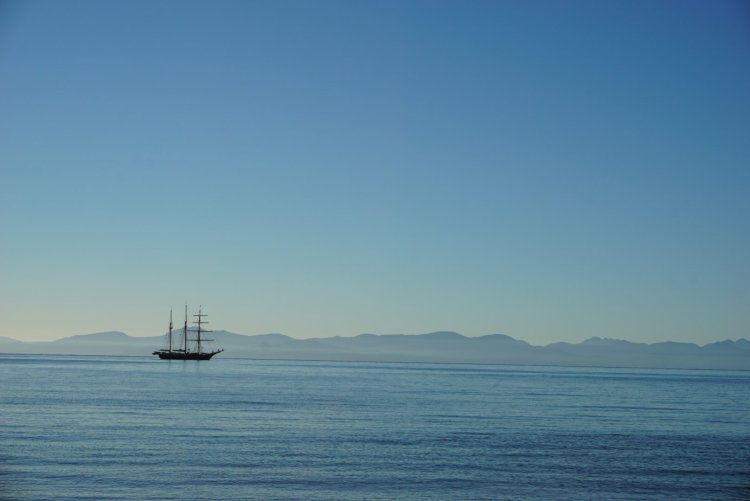 Also, the people who were camped next to me made too much food, so they gave me a heaping plate of risotto about 3 seconds after I got to camp. Glory.

My final day of hiking, I arrived at Totaronui Campground around 1 in the afternoon. I spent the rest of the day napping in the sun, swimming, collecting sea shells, and then repeating the process. It’s the first time I’ve slept through the night while camping since arriving in New Zealand.

Instead of hiking back, I got a water taxi. What took me three days to hike took about an hour to sail back to. Honestly, the taxi was nearly as fun as the hike. We stopped to watch birds at Paradise Island. This is one of the few places in New Zealand that is untouched by non-native species. It’s also where one of the last seal colonies in the area was before they began conversation efforts to rebuild the population. It was pretty awesome. 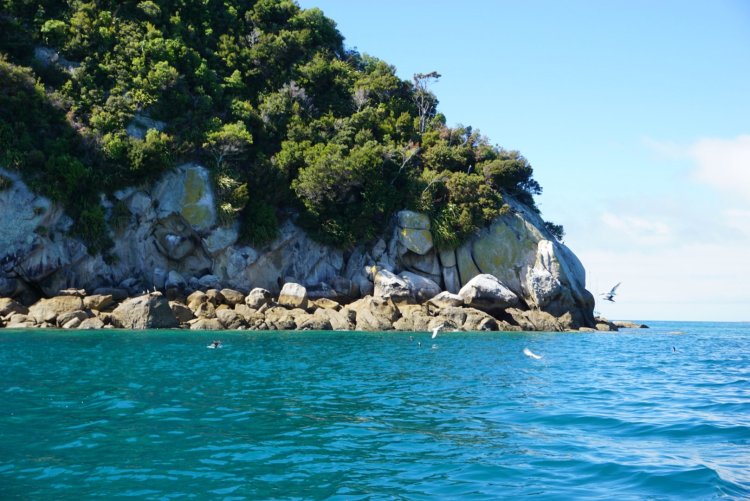 When the boat got back, the tide was low. Did we have to walk through the mud? Nope! They towed the boat out of the water with a tractor, along the road, and back to the car park. And thus concludes the tale of how I rode in a boat on dry land. 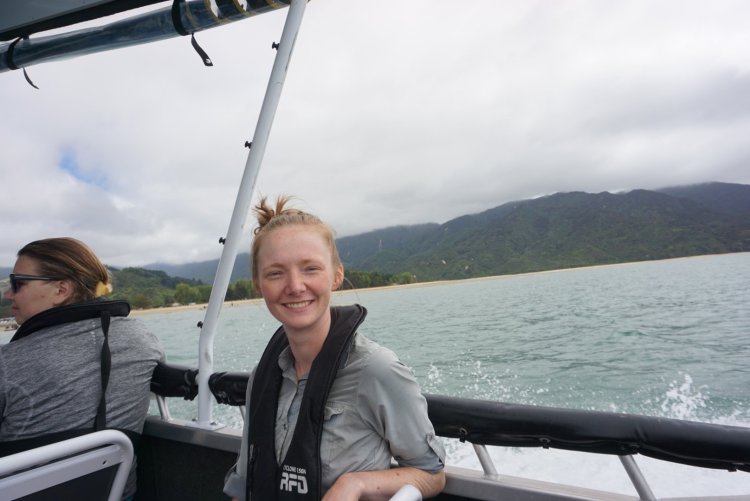 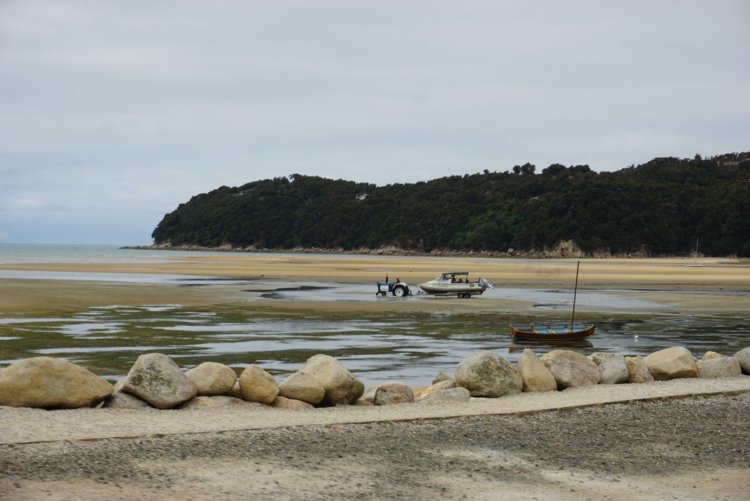