It’s been a while since I posted. To refresh: Before setting out on a 3-day circuit that crosses the shoulder of what is known in Nerd-dom as Mt. Doom, I had high tea at the Chateau Tongariro. It was delicious, made it so I could pack one less meal, and also made me slightly nauseous because apparently hiking an hour after you’ve had enough sugar for 4 people isn’t the best. #WorthIt.

Day one was glorious. I was the only person I saw on trail until I hit the Mangatepopo Hut and Campsite. There were moments when I was literally crying because I was so in love with life, and also probably all of the sugar loosened my leash on my emotions.

I met a Canadian named Kate, and we nerded out a bit over the fact that we were camping at the base of Mt. Doom. The Hut Warden was also from Canada, and told us a bit about her job.

“In North America, my job in conservation is to save the animals. Here, if it’s a mammal, I’m pretty much trying to kill it.” She asked us to please pack out our trash, “Unless it’s an apple core. We’ll roll those in a cinnamon-poison mix and it will make a possum very happy for their last meal.”

So that was cool.

I woke up early the next morning to try to beat the 2,000 people who do the Tongariro Crossing each day. The Crossing is a 5-hour-ish long section that crosses some of the lava fields and craters of Mt. Ngauruhoe (the filming location for Mt. Doom in the Lord of the Rings) and doesn’t require a permit. Because of its popularity, there were many times when I could have reached out my arms and formed a conga line with the people in front of me. But I try not to get mad at other people who are enjoying the same thing that I do, and in the end, it was still a fun day. 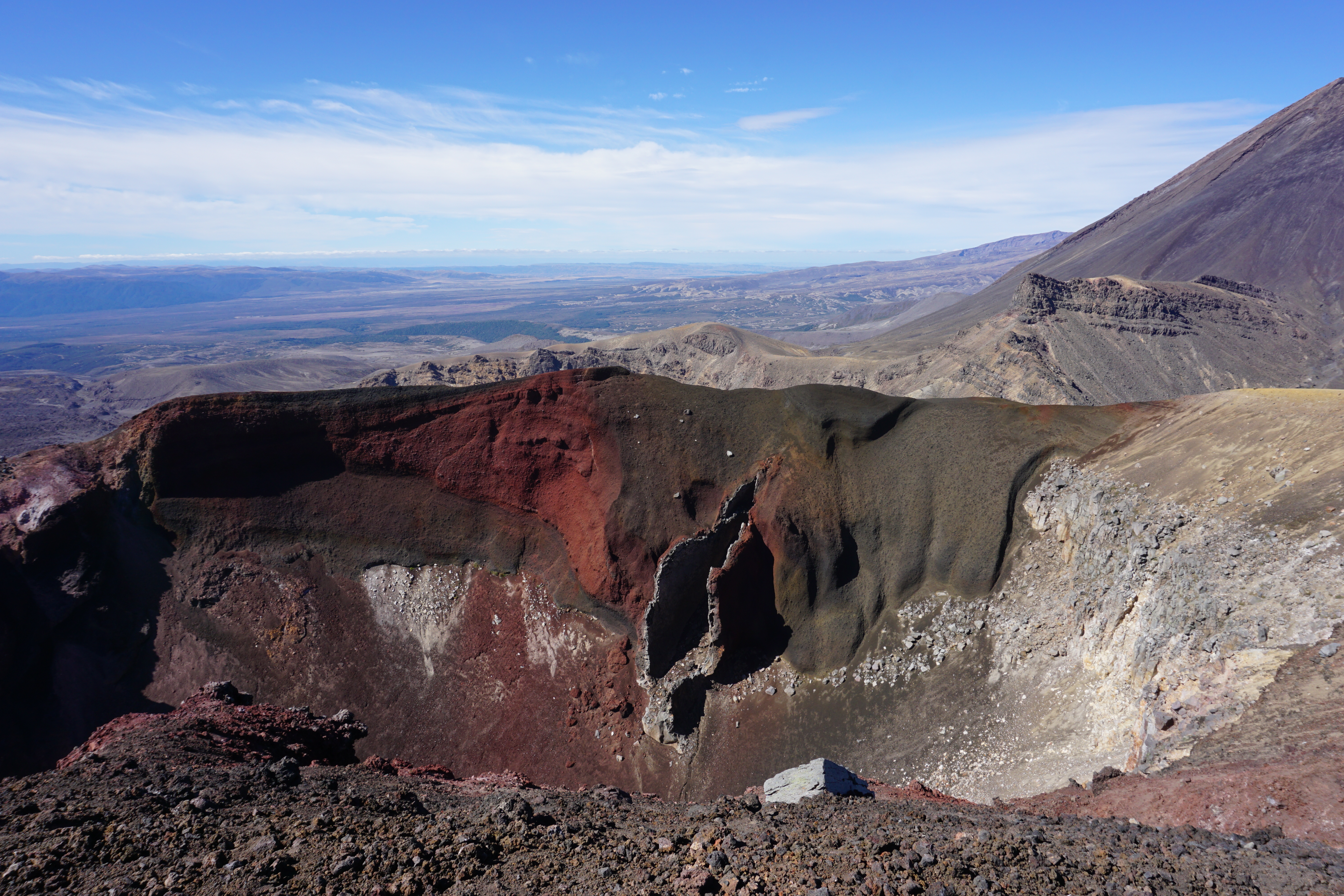 The descent is about a quarter-mile of volcanic sand covering a steep slope. It took a long time and I was passed by a lot of people, so I was grateful to reach the turn-off where the Crossing splits from the Circuit.

I descended into a plain covered with dozens of fins of black pumice. The trail wound through these, so I ate lunch in the filming site of the Emyn Muil. By the end of the day, I was feeling very sorry for the hobbits, as it was hot and I was tired even without the great burden of the One Ring. Luckily, when I reached my campsite, I found a spot just feet away from a little creek that had been dammed enough for a bath.

I was just beginning to be sad that I only had a few days left in New Zealand, when I woke up on day three and found my whole view shrouded in gray clouds. I hiked out, waved goodbye to where I thought the mountains must be, and headed north for one last adventure before my plane took off.

One thought on “Tongariro Northern Circuit: 3 days on Mt Doom”