First of all, I’m kind of digging the name “Sun Rift.” What a great word pairing.

Anyways, a few weeks ago I hiked 10.3 miles, beginning about 2 miles to the east of Logan Pass. I chose it because my friend posted a photo of it the other day, and also the shuttle stops there so I wouldn’t have to find parking. I hate looking for a parking spot.

The first three miles or so were nice. It felt really good to be on a hike, and there were a ton of flowers carpeting the ground between the pine trees. Every so often I’d get a glimpse of the mountain face above me, but mostly I just kept walking and enjoying the sunshine. 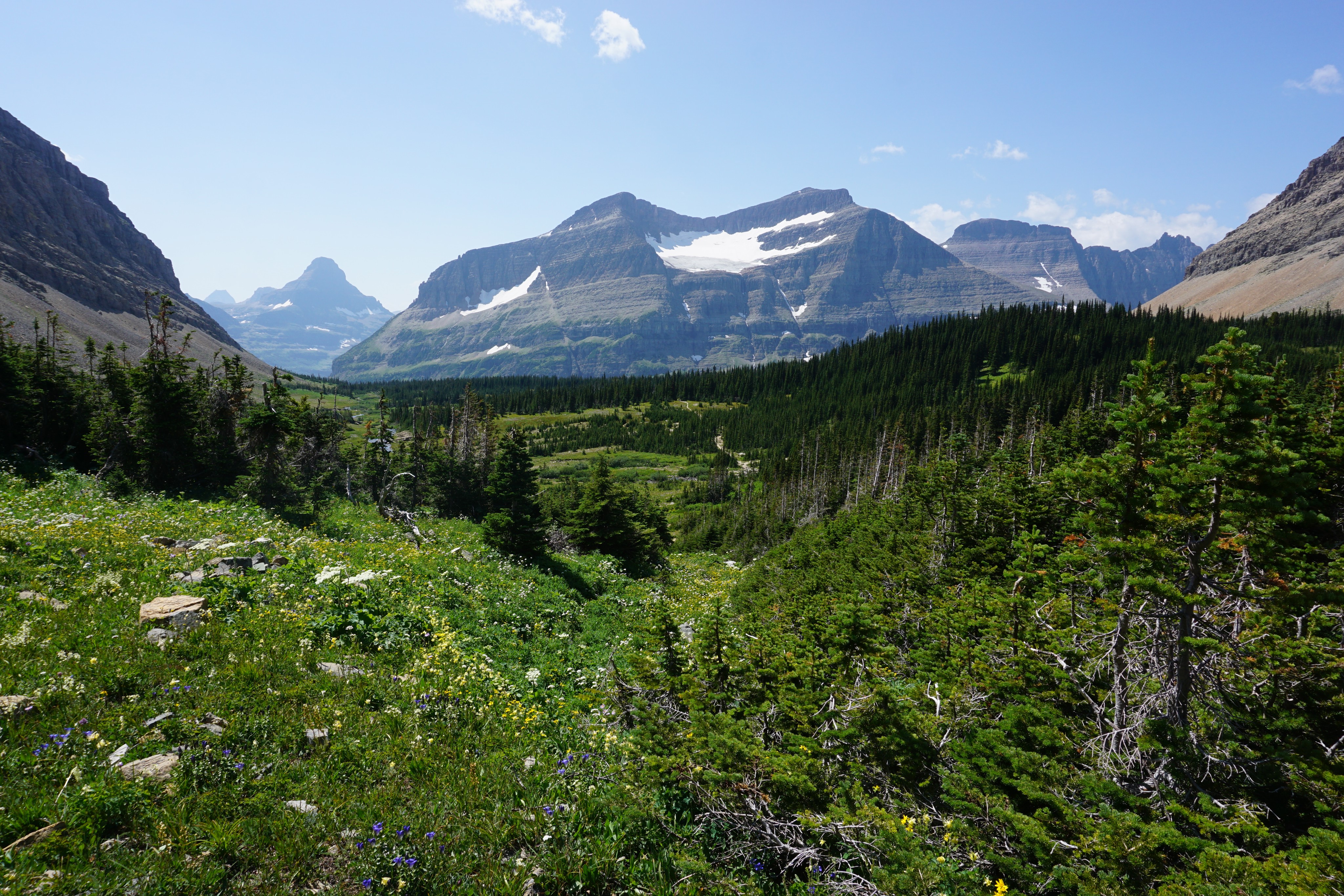 I stopped for lunch at Siyeh Creek, in part because it was pretty but mostly because it was the first place with enough of a breeze to keep the biting flies off me. Pro tip: bug spray that you leave in the car does you no good.

After Siyeh Creek, the trail goes up a series of switchbacks. This is where the trail gets glorious. I was almost regretting hiking it in that direction, as the view behind me got better every time I glanced back. I could see the mountains above Logan Pass behind the forest I’d just walked through. To the left, a bare mountain slid into a cirque with a pair of lakes in the base. I could hear a group of people laughing as they swam in them. 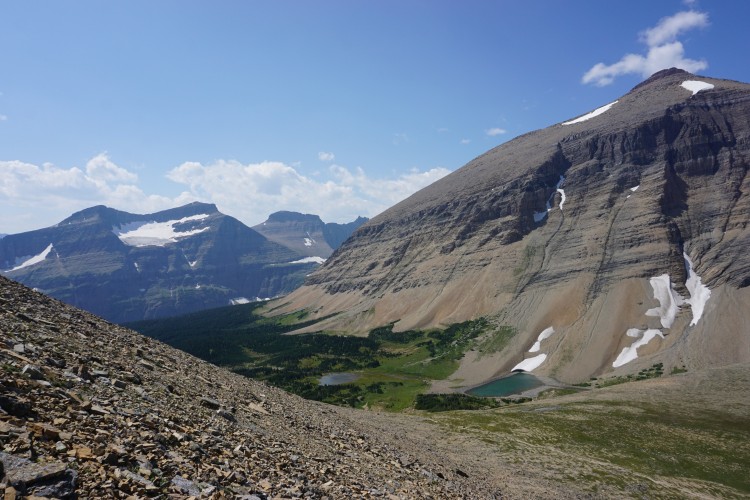 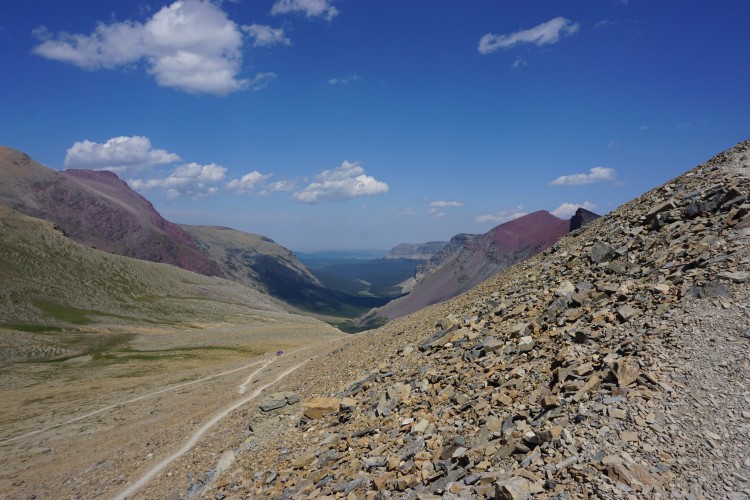 The trail narrowed as I crossed Siyeh pass. There was a woman and an eight-ish-year-old girl crouched against the uphill wall. “We’re not used to this sort of hike. Please don’t go near the edge,” she said when I asked her to take my picture.

From there, the trail was all descent. It was not a bad descent, though—my legs feel a lot better after that than after the Highline, to be honest. The sun was starting to hide behind the mountains on the opposite side of the valley, streaking the air with sunlight. There’s a glacier-fed river running the length of the valley, with a few sparkling waterfalls as well. Basically, I stopped being sad that I hadn’t hiked the other direction—my way was both easier and prettier.

Due to me oversleeping that morning, I was a bit worried that I wouldn’t make it to the shuttle. However, I got to the Sun Rift Gorge shuttle stop an hour before the last shuttle arrived, and got to Logan Pass in time to stand in line with some really fun retired people. Yay, travel friends!!